Kaddish is the traditional mourner's prayer, evoking our deepest faith and hope. It is considered a merit for the deceased to have these words expressed publicly. 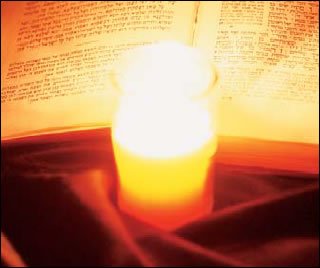 [Mishnayot forms the basis of the Talmud. The word Mishnah is comprised of the same letters as Neshama -- soul. Tradition teaches that study of Mishnayot on the Yahrtzeit brings great merit to the deceased, connecting the soul to the foundations of Jewish history, and strengthening the eternal spiritual bond with God.]

Donations may be paid in full or in monthly installments by credit card.

Please click here to fill out the Kaddish Request Form in order to begin Kaddish immediately.

As soon as we receive the name of the departed, we will start Kaddish. Upon receipt of payment, the name will be permanently instituted in our records.

If you are unable to say Kaddish three times daily with a minyan, we can provide you with the peace of mind, by having Kaddish said by a dedicated young Torah scholar.